The Medlar Mespilus germanica is a small tree native to the Black Sea coast of Turkey, through the Caucasus, to northern Iran. It has been cultivated in those regions for thousands of years. It was cultivated in England in Medieval times and was a commonly eaten fruit even in Victorian times but is now rarely eaten. It is not common but is found in old gardens and may have spread into woods in warmer areas. The tree is often grafted onto a hawthorn rootstock. The first photo shows a Medlar tree in late April. The second photo shows that the leaves are long, narrow and wrinkly. 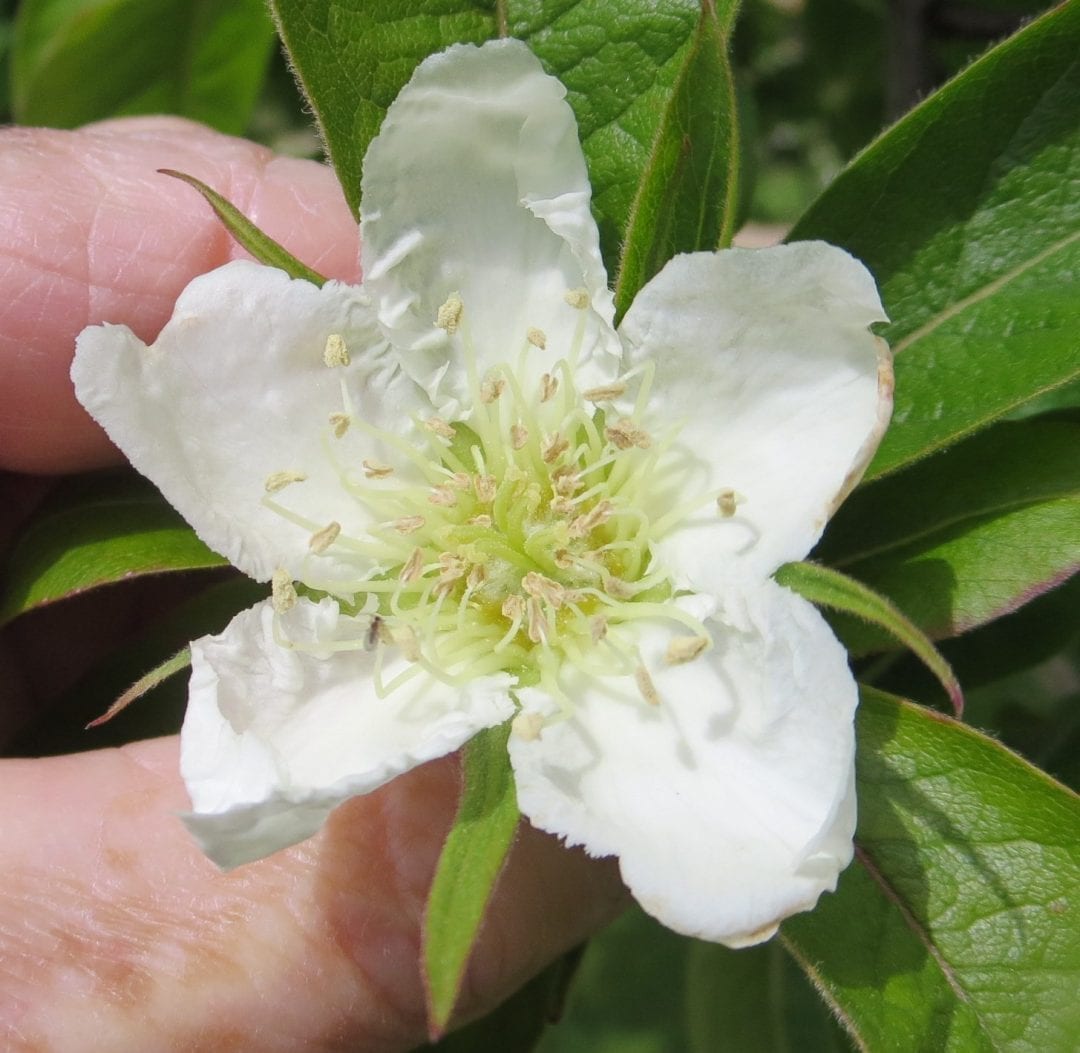 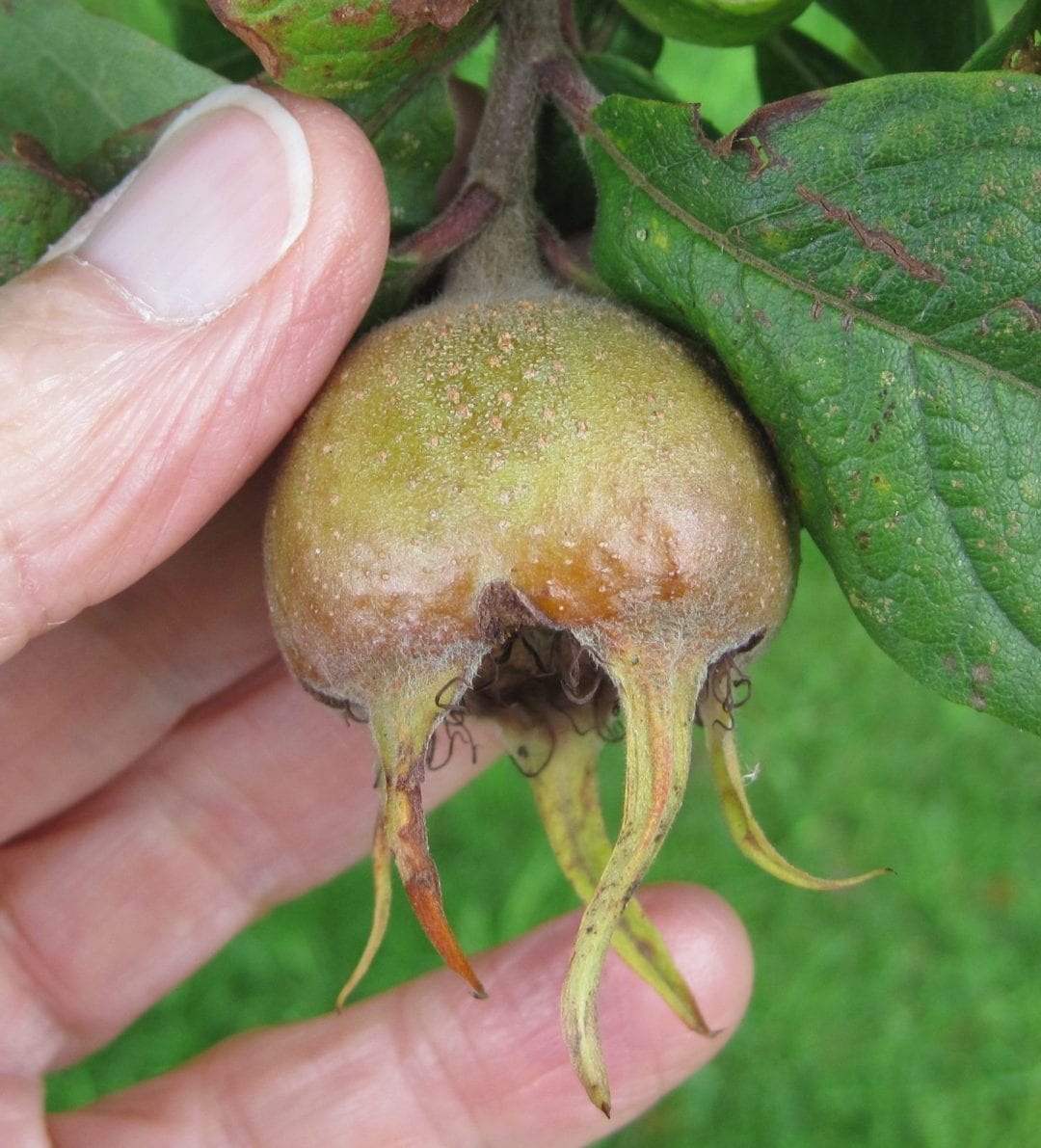 The first photo shows a Medlar flower. They emerge after the leaves in May. Flowers have 5 white petals, white stamens and yellow/brown anthers. Behind the flower are 5 green sepals, which become prominent when the fruit is formed. The second photo, taken in September, shows a Medlar fruit. It looks like a brown apple and is technically a pome, like the apple, but it has long sepals that surround an open pit.  The fruit is hard and bitter until it ripens as a result of exposure to frost or having been kept for a long time. This process is known as bletting. The interior then looks rotten, like a pulp, but is perfectly edible. It can be eaten raw or used to make jelly or curds. In Shakepeare’s time the term medlar was used to refer to something that was rotten inside.