A Monocot family of four genera of which Alstroemeria, with 50 species and 190 cultivars, is the biggest and most well known. They are native to South America and are perennial plants with tubers. The Alstroemeriacae family was named after the Swedish botanist Alstromer by Linnaeus.

Monocots (Monocotyledons) germinate with one cotyledon (the first ‘seed leaf’ produced by the embryo, which may appear above ground or remain below), can’t form wood and have parallel leaf venation.  They include orchids (20,000 species), grasses, food forms such as asparagus, onions and garlics, horticultural plants such as lilies, daffodils, irises, amaryllises, alliums, agapanthuses, bluebells and tulips and some tree forms such as Palms. Flower parts are usually in multiples of three. 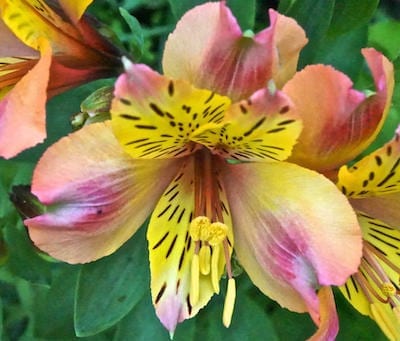 Alstroemeria ‘Saturne’ is a fully hardy hybrid from Peru.

These plants are protandrous (pollen is released by the anthers before the stigma is receptive). Nectar is produced at the base of the two inner, upper tepals, which are streaked with reddish nectar guides. Flowers produce more nectar during the male phase to attract the main pollinators which are bumble bees 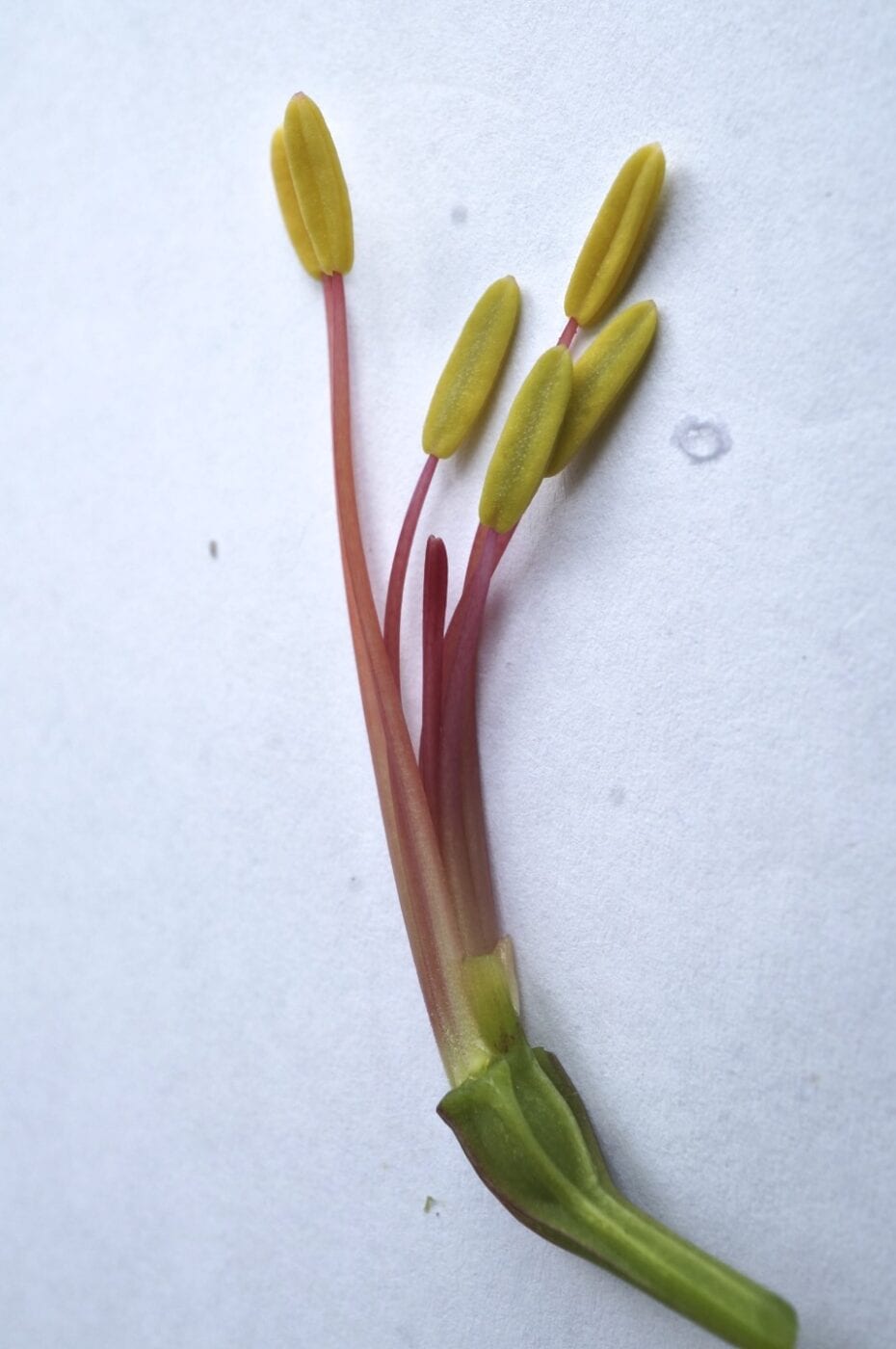 ​In the male phase one to two anthers, out of a total of six, release pollen daily over a period of four days. The anthers occupy a central position within the flower, where they deposit pollen on the bee’s back, usually as it leaves the flower. 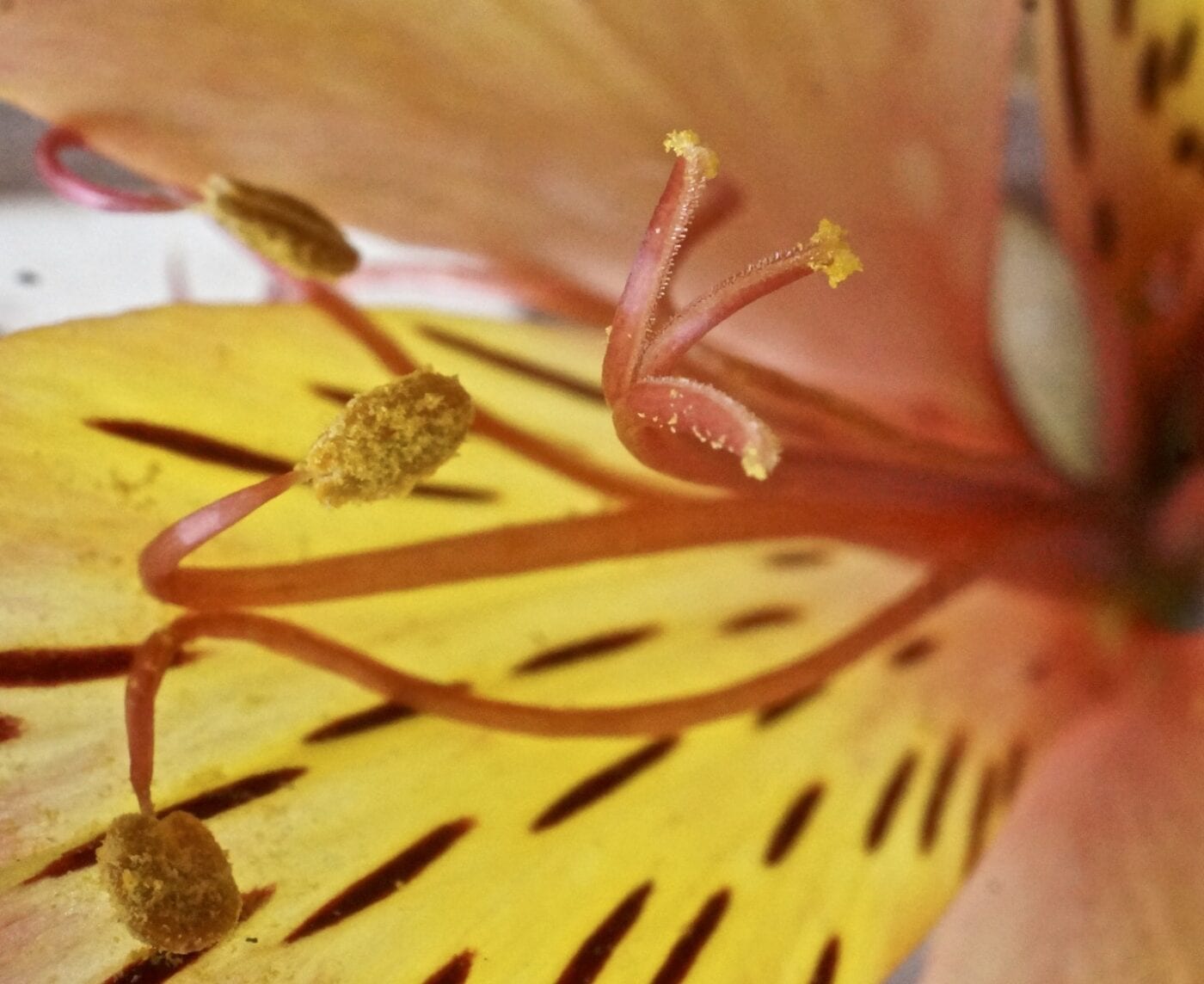